An Apple A Day 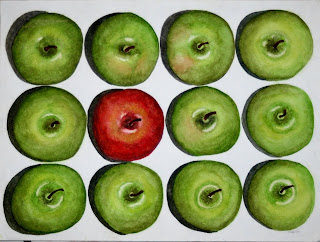 This week I am posting another oldie but goodie.  We have been traveling and I just didn't have time to fit in a painting.  I painted this picture when we first moved to Germany and I started teaching watercolor class.  I had everyone paint an apple so I set this still life up as an example.

Steven painted a wooden croc this week.  I think this guy is adorable.  I found him at Michael's for $2.  They also had snakes and lizards.  Steven loved it so we bought several.  I also used this as an opportunity to discuss what is going on with the oil situation, such a mess! 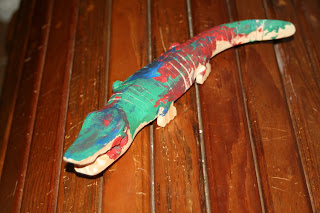 I mentioned that we've been traveling.  We started our journey by accompanying Brian on a TDY to STL.   We didn't actually make it all the way to St. Louis, we stopped in So IL to visit family.  It happened to coincide with Brian's brother being on TDY also to Scott AFB.  So we met up with Jon, Sarah and Luke at Grandma Betty's.  Debbie and Amy made it too.  It was a mini family reunion, we don't get to see Brian's brother and family very often because they are stationed in Washington state.  Since a lot of my family lives in Illinois also we visited with Grandma's, Aunts, Uncles, and cousins.  So much fun!  It was really neat to see how much fun that the nephews had together.  I can envision lots of fun family gatherings in the future.

We then departed Illinois for Baton Rouge, LA where Brian's parents live.  Steven spent many an hour in Grandma and Grandpa's sand box.  It's funny, they have a pool, but because we have one that isn't the highlight.  Brian and I were able to get away for a night and go to New Orleans.  I really hadn't spent much time there.  It was a very nice trip.  It reminded me of our pre-kid lives when we gallivanted all over Europe.  New Orleans had a similar vibe as some European cities.  New Orleans is a dirtier version without a clean bathroom anywhere, but it was still lots of fun to visit.  Seriously the city needs to invest in some of the self sanitizing porta potties, there is a lot to be said for clean bathrooms with toilet condoms, as far as I'm concerned.

I enjoyed looking for painting inspirations.  I found lots of interesting ideas.  I really enjoyed checking out the hotels, they always have great design ideas.  I found some fascinating lighting, pictured below.  We also had a terrific meal at Bocca.  I had lobster and shrimp ravioli with caviar in a champagne sauce and Brian had Bocca shrimp.  It was very tasty.  We had a terrific time just wandering around the streets of New Orleans.  Brian introduced me to Cafe Du Monde, the beignets were out of this world.  We visited artists galleries and antique shops.  It was a great mini-vacation.

Below are lots of pictures from our trip.

See everyone next week:) 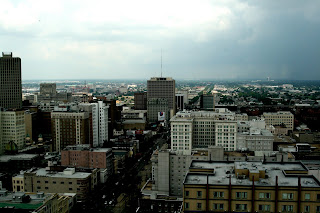 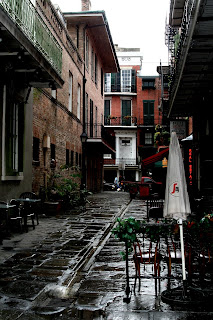 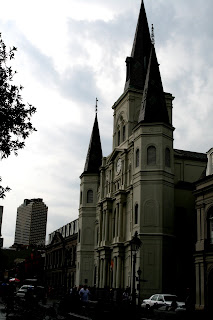 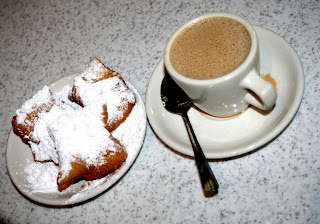 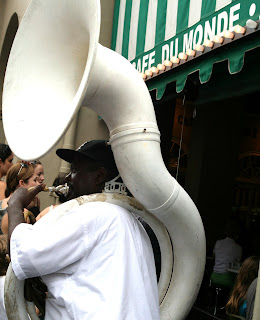 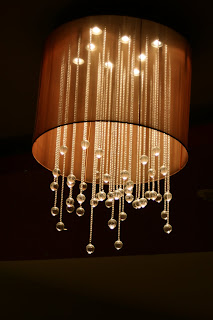 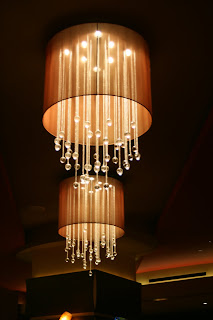 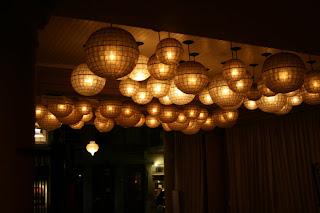 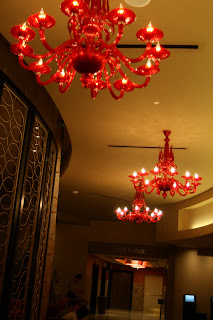 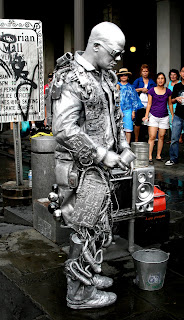 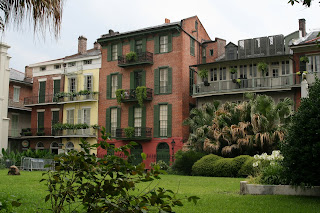